In October 2016, I went to the 6th Worldwide Uchinanchu Taikai Festival, and I couldn’t have chosen a better time to visit Okinawa for the first time. There’s something incredibly uniting about international homecoming festivals, to see so many people from around the world expressing their pride in their unique culture. And the thing is, I’m not even Okinawan!

So, what’s the Taikai? Do I need tickets? How much does it cost and how do I register? With all the pre-travel planning I’ve done, I’ve taken out the research and the guess work you’ll have otherwise done and put together this quick guide so you can plan your ultimate Taikai trip. 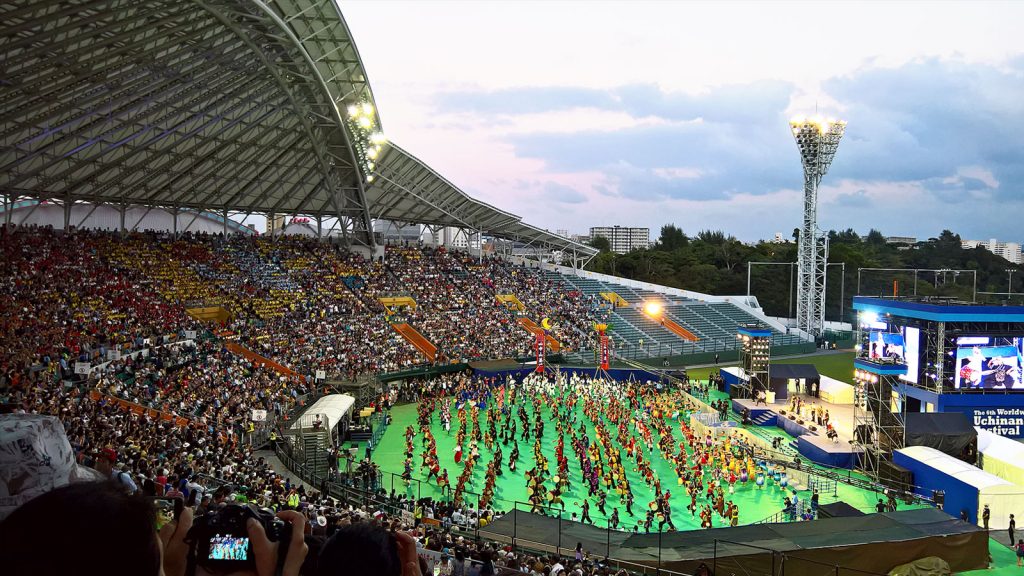 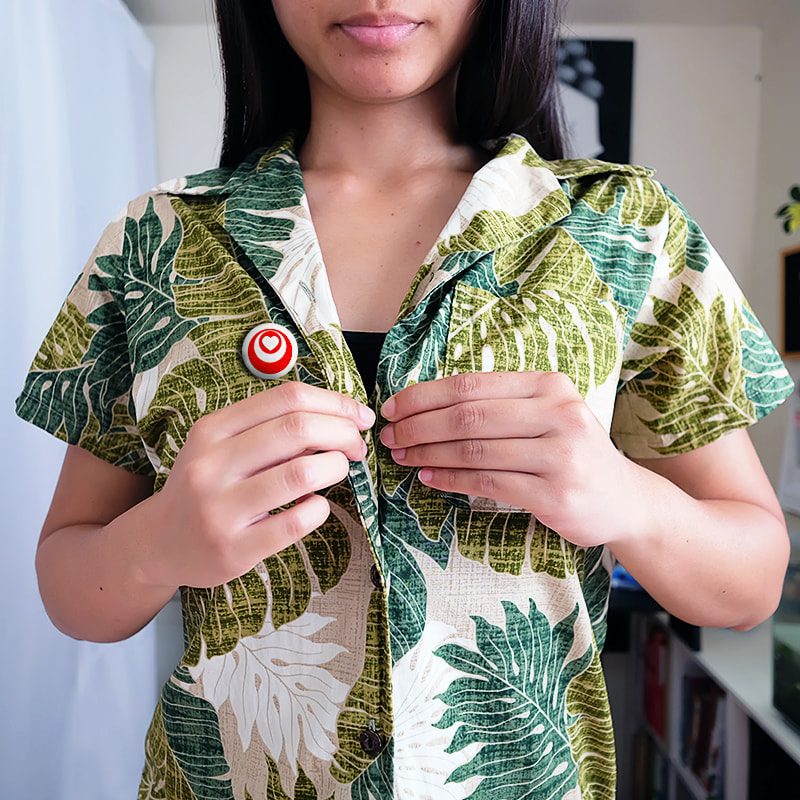 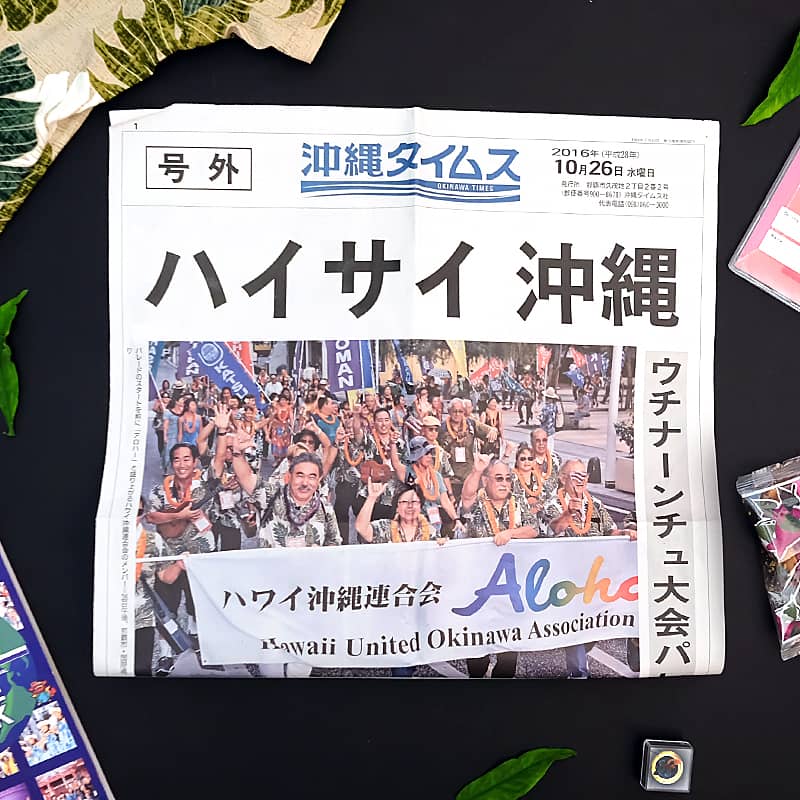 Since 1990, the Okinawa Prefectural Government (OPG) hosts the Worldwide Uchinanchu Festival — known simply as the Taikai — which is a four-day festival in late October that welcomes Okinawans from around the world to experience and celebrate Okinawa’s rich culture. And, it only happens every five years.

Your local kenjinkai (Okinawa association) is your best resource for Taikai information and they’ll also help you sign up for a Taikai pass from the OPG. The Taikai pass is literally your ticket into the opening and closing ceremonies, free bus rides, discounts on Okinawa’s sightseeing attractions and more, so don’t leave without it!

How do I get a Taikai pass?

Registering for the Taikai and getting a Taikai pass is free! However, if there are any application processing fees, then that’s dependent on your kenjinkai. Contact your local kenjinkai for more information about registering and to receive your Taikai essentials, like your pass and parade uniform. If you’re traveling with a tour group, they’ll take care of all the registration details for you.

Uniforms are designed by your local kenjinkai and they aren’t mandatory, but if you’re marching with your kenjinkai in the parade, it’s nice to represent your country or state with matching outfits, don’t you think? #HawaiiRepresent

You can also register directly with the OPG on the Taikai website if you’re not going through a kenjinkai or tour group, but I’d highly recommend you go through your kenjinkai if you have one in your area. Be mindful of registration deadlines so that you’ll receive your Taikai pass prior to your departure to Okinawa, otherwise, you’ll have to make arrangements to pick it up during the festival.

How do I get there?

If you like your days planned to a T with airfare, hotel accommodations, daily meals, ground transportation and guided sightseeing activities wrapped into one convenient travel package, you might be able to find specialized travel agencies that provide Taikai tour groups if you live in an area with a big Okinawan community. The travel itineraries are set and you’ll be shuttled from one place to another with a few days in between to do your own thing.

N & K Travel is a popular option flying out of Honolulu, Hawaii, but for smaller organizations in other states or countries, be sure to check in with your local kenjinkai to see what they’ve got planned. Sometimes they’ll coordinate the flights so that your group travels together or help you with signing up for events that require pre-registration or even host group get-togethers up in Okinawa, but otherwise you’re on your own as far as planning the rest of your trip.

For the budget conscious travelers, travel agency tour groups can be expensive — and it can be, as in $4,000 per person! With a little googling, my flight and accommodations plus my pocket money were less than what I’d spend with a tour group. Very affordable for a recent college grad like me!

Of course, everyone has different travel preferences. Okinawa’s not an expensive place to visit, but you do need to have a travel budget to make things happen!

Here’s my budget-friendly breakdown of what I spent:

What’s there to do?

If you’re marching in the parade, your kenjinkai will provide your meetup location since parade marchers are kenjinkais that participants come from. After marching in the parade, I’ve concluded that Okinawans are the most happiest people on the planet. No matter if you’re Uchinanchu or Uchinanchu-at-heart, the locals are all ear-to-ear smiles, constantly cheering and waving their “welcome home” signs. Whether you’re parading down the one-mile stretch of Kokusai Dori or lined up on the streets watching it, your first time is a feeling you won’t forget. I mean, shoot, I’ve never seen strangers who were so happy to see me!

The official Taikai website lists the five-day schedule with events and activities happening simultaneously throughout the city of Naha where you’ll find everything from traditional Okinawan performances, eisa drumming and sumo tournaments to cultural and leadership workshops. Some events are free and open to the public while others require paid admission at the door. 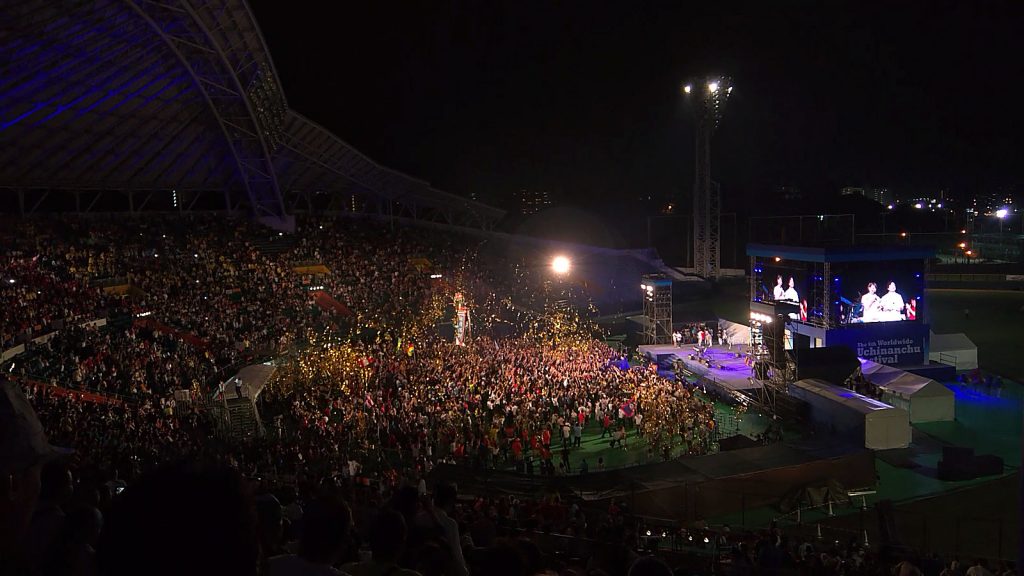 The Opening Ceremony involved a lot of introductions and speeches that were translated in Japanese, English and Portuguese. Let’s just say, I didn’t make it to the end. But, don’t forget to redeem your Taikai goodie bag during the Opening Ceremony at the registration tent, complete with a Taikai commemorative pin, event guide book and awamori! There’s also food stands around the stadium to fill your cravings. The Closing Ceremony and Grand Finale is where it’s at. 2016 featured live performances by Kariyushi58, Ryukyudisko (a RAVE was goin’ down and for a little longer than what the older folks would’ve liked), Diamantes and BEGIN! And if that wasn’t enough, they closed it out with a grand fireworks show lighting up Okinawa’s night sky.

It ain’t no party like an Unchinanchu party! Participating municipalities host welcome receptions for overseas visitors and locals to mix and mingle. Don’t quote me on it, but I don’t think you can just crash any ol’ party. You’ll have to designate the municipality on your Taikai registration form. I went to Kitanakagusuku’s party and it was happenin’! Appetizers and Orion beer all around! Met a local elder who spoke very little English, and his friend who just didn’t understand at all, but with the powers of technology, this man whipped out a translator app on his iPhone and we got to talkin’.

If there’s one thing I want you to know, it’s to always wear your Taikai pass. (Plus, it’s always a conversation starter when you see strangers wearing their Taikai pass when you’re exploring the city.) I learned the hard way that you can’t convince an event volunteer you’re really on the list when your name doesn’t show up on their online database. (OPG you’ve got some kinks to work out!) Luckily I didn’t lose my pass, I just had a case of forgetfulness so I jumped on the monorail to fetch my Taikai pass from my Airbnb apartment 10 minutes away and made my way into the Opening Ceremony. If you do lose it, let’s just say it’d be difficult to replace.

Stay in the city if you’re not renting a car.

The Taikai’s locations are in Naha so you can get to locations easily. Airbnb is an affordable accommodation option for budget-conscious travelers who just want the basic amenities and the experience of “living local.” Rather than staying in a hotel along Kokusai Dori in the main tourist area, rent shared rooms, apartments or entire houses for comparable or even cheaper prices than what you’d pay for at a hotel. Use my affiliate link and get $40 off your first stay with Airbnb. It’s on me!

Here’s How to Use Public Transportation Like a Pro

Monorail. ? If you’re not being shuttled from one place to another on a tour bus, or have the freedom to drive wherever you want to go with a car rental, getting around central Naha with public transportation is easy as many of the Taikai’s locations, along with Naha’s popular sights, are located near the monorail line.

The Yui Rail runs from the Naha Airport in the west to Shuri Castle Station in the east with a total of 15 stations altogether (it takes only 27 minutes!). If you plan on riding the monorail frequently, buy a 2-day pass at 1,200¥ for unlimited travel within the given timeframe.

Bus. ? A perk of being an overseas participant with a Taikai pass means free bus rides! Flash your pass when you board the bus. (The bus pass is on the backside of your Taikai pass.) The bus pass is valid during the Taikai period, but is not eligible for express buses, the airport limousines, Yanbaru express buses and regular sightseeing buses. The Naha Bus Terminal has friendly employees who can provide bus routes and schedules to your destination.

Taxi. ? Taxis are expensive. With prices starting at $5, I’d avoid using taxis unless you absolutely need to.

Don’t worry—you don’t need to know Uchinaaguchi (Okinawan language) or Japanese to get around Okinawa as many people in the service and tourism industry speak English, but it’s certainly a nice gesture to know the basics.

Obviously, you’re gonna want to know how to kachashi like an Uchinanchu.

Connect to free WiFi all over Naha.

2G international data speed can only take you so far (sorry, T-Mobile!), but that’s okay, Okinawa’s got you covered! Free Wi-Fi is available at various Taikai venues, tourist attractions and within the proximity of Central Naha.

How to Connect to Free Wi-Fi

For the Uchinanchu at Heart

My first trip to Okinawa in October 2016 was a unique, cultural experience where I met new people and immersed myself in a world other than my own. I’m sure you’re bound to look forward to attending it again every five years! 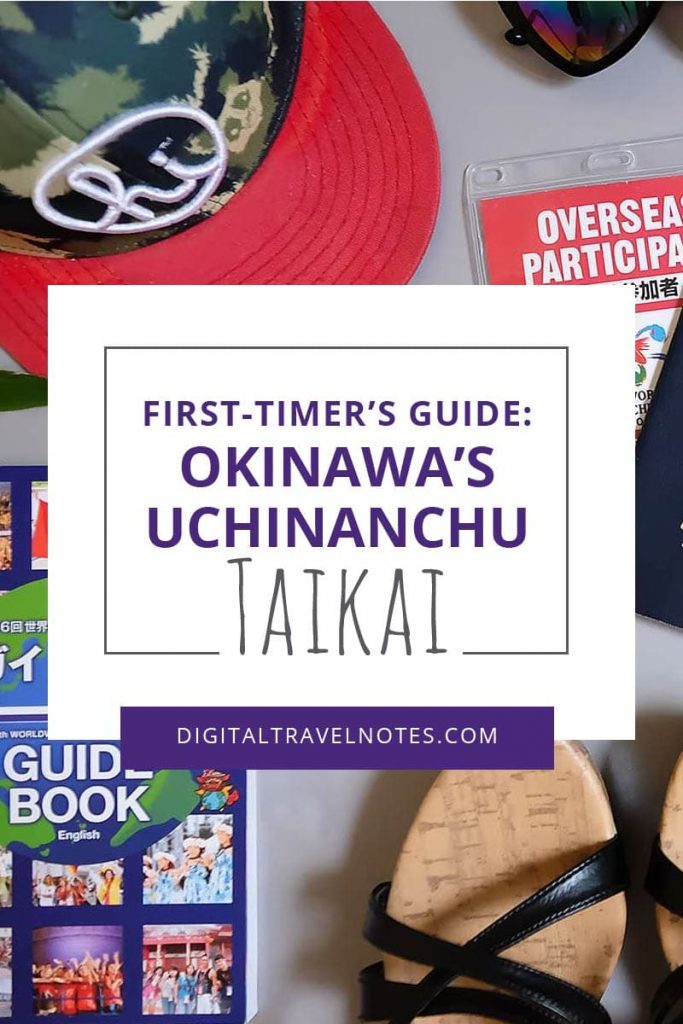 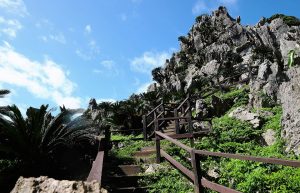