Disclaimer: No hip-hop music was played during this tour.

Let someone else do the driving and see the best of Okinawa in one day with a bus tour. A bus tour is a good choice for exploring the northern part of the island since public transportation is limited the further away from the city you are. If you’re not driving a car to explore the island, consider using a tour bus company as the return fare on the city bus can sometimes cost more than the entire tour day.

All tours include an audio guide available in multiple languages and free onboard Wi-Fi. Although this isn’t a fully guided, narrative tour, a tour conductor will be on hand leading the group through each excursion. Meals aren’t included in the packages with the exception for C Course which comes with a lunch buffet. Designated bus stops are available throughout Naha and must be selected during your online booking reservation.

Jumbo Tours isn’t set on filling every seat on the bus, so you can guarantee that you won’t be packed like sardines into it’s deluxe-sized buses. In fact, it only takes one reservation to start the tour! Personally, I traveled with a small group of 10. Out of the tour options, I picked Course C which is a 12-hour day tour with prices ranging from 8,000¥ for adults ages 16+, 6,000¥ for children ages 6-15, 3,000¥ for children 3-5 and includes admission tickets to Churaumi Aquarium, Daisekirinzan and a lunch buffet.

You’ll drive along Okinawa’s western coastline toward Cape Hedo, perched on the northern-most point on the island. The cape juts out into the crystal blue waters where the Pacific Ocean meets the East China Sea. Take in the cliffy coastal views and uncover a piece of history at the monument erected to commemorate the return of Okinawa to Japanese sovereignty from U.S. occupation. 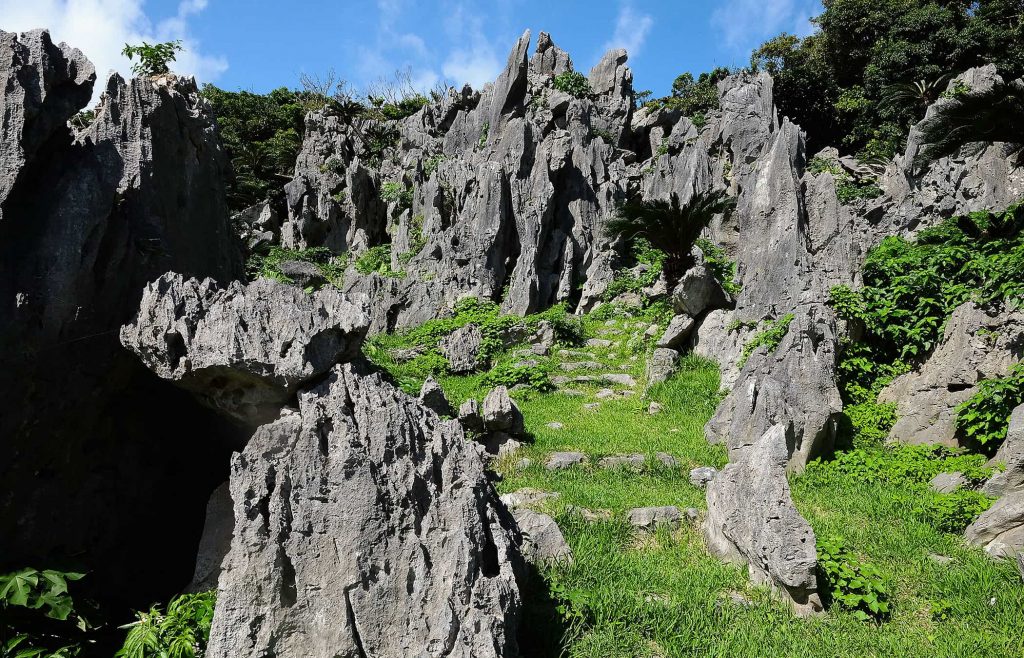 A shuttle bus will take you on a rocky, bumpy ride up the mountain where you can choose between four easy-to-walk, well marked trails: Wonder of Rocks Trail, Churaumi Ocean View Trail, Wheelchair-Accessible Trail and Subtropical Forest Trail. Ascend upwards through the jagged limestone rock formations shooting up from the plateau and meander through exotic vegetation with the constant buzzing of cicadas in the background–apparently it’s nature’s summer sound. Use your imagination and see if you can make out animals and other worldly shapes out of the rocks. 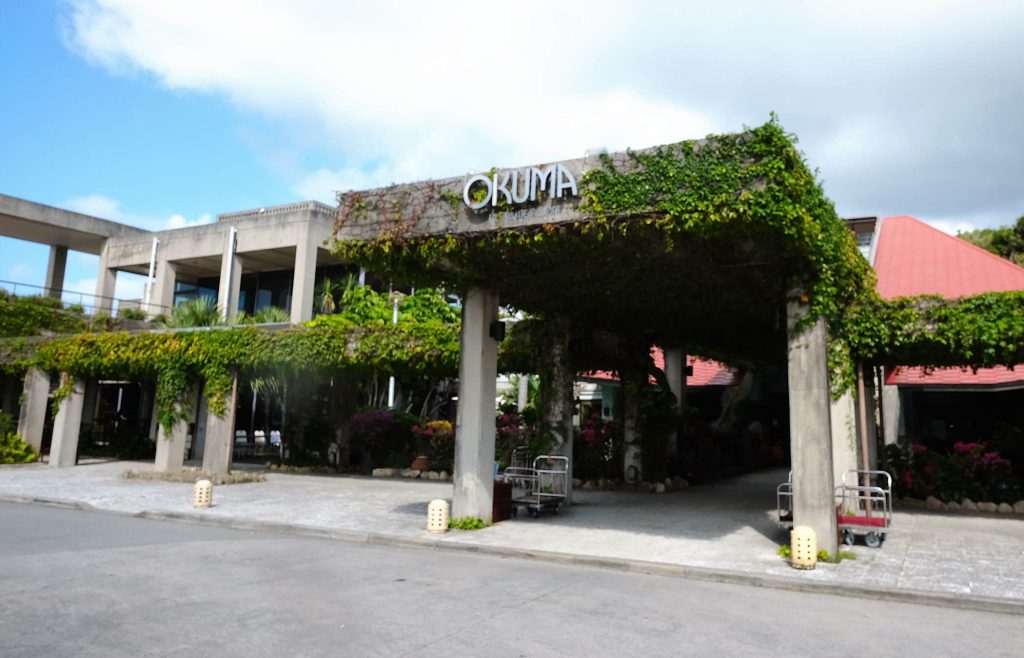 Take a break from the morning’s sightseeing and enjoy a delicious lunch buffet at a luxurious beach front resort. This isn’t the most authentic eating experience, but break the ice with your bus mates by sharing a table together or talk to your server about the fun things to do and the places to eat in Okinawa. After lunch, walk along the sandy shores of Okuma Beach and dip your toes into the East China Sea. 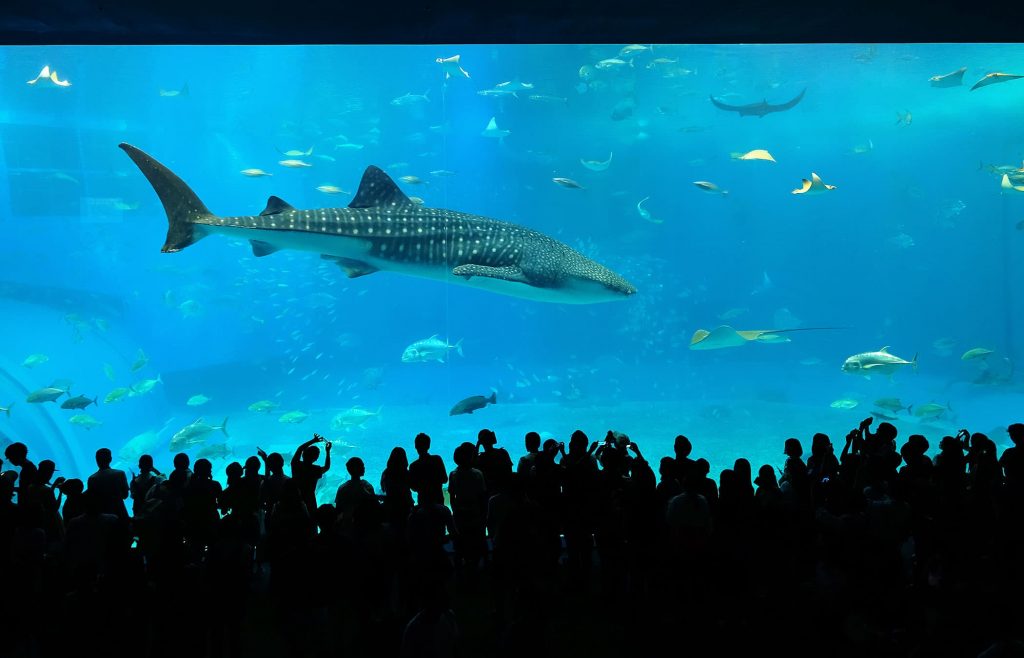 The breathtaking Kurushio Sea tank holds 1,981,000 gallons of water teeming with whale sharks, manta rays and a wide variety of marine life, making it one of the biggest aquariums in the world. Explore four floors of the underwater world, and if time permits–which I doubt it will, venture off into the rest of the Ocean Expo Park featuring an arboretum, a native Okinawan village, a planetarium museum and more. 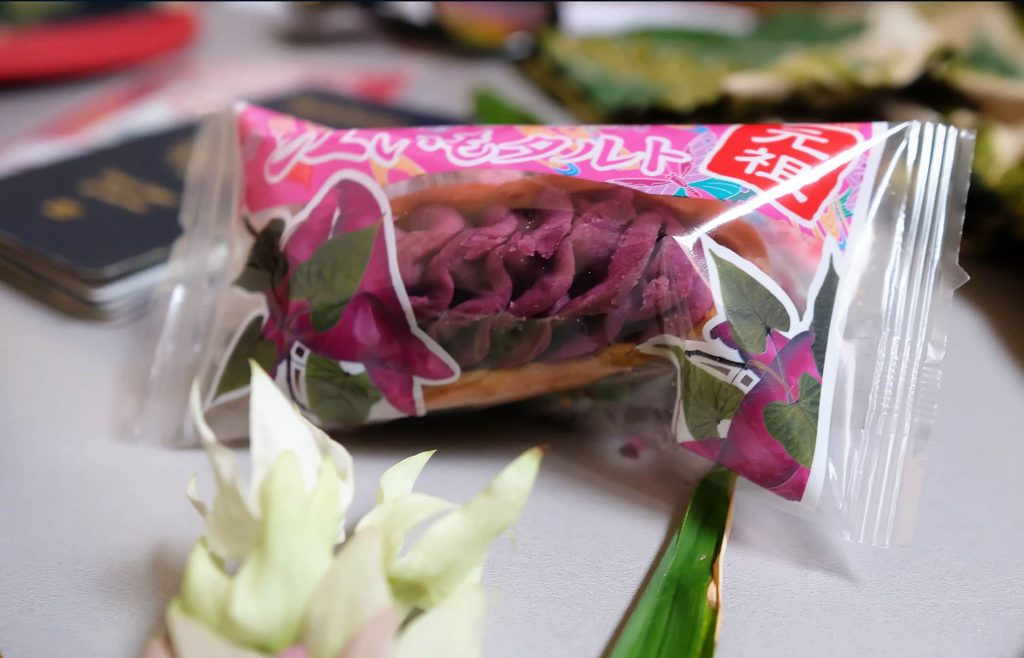 The Ryukyu palace inspired building is a chain of sweet shops known as the home of the original beni imo (sweet potato) tart. Okashigoten specializes in the popular boat-shaped pastry piped with the beni-imo filling on top, but you’ll find other Okinawan pastries and delicacies wrapped in colorful, presentable packaging. Shop your heart out and take home souvenirs for everyone back home!

Jumbo Tours Okinawa Hip-Hop Bus is a solid budget option offering a tour of northern Okinawa with pre-planned travel, a small group size and a local tour conductor guiding you from the beginning to the end. Due to time constraints of the itinerary schedule, there’s not enough time to fully explore all of the locations, but you’ll get highlights of main attractions and the sightseeing is reasonable for the given amount of time. So what’re you waiting for? Make memorable travel experiences and book a tour with Jumbo Tours Okinawa Hip-Hop Bus! 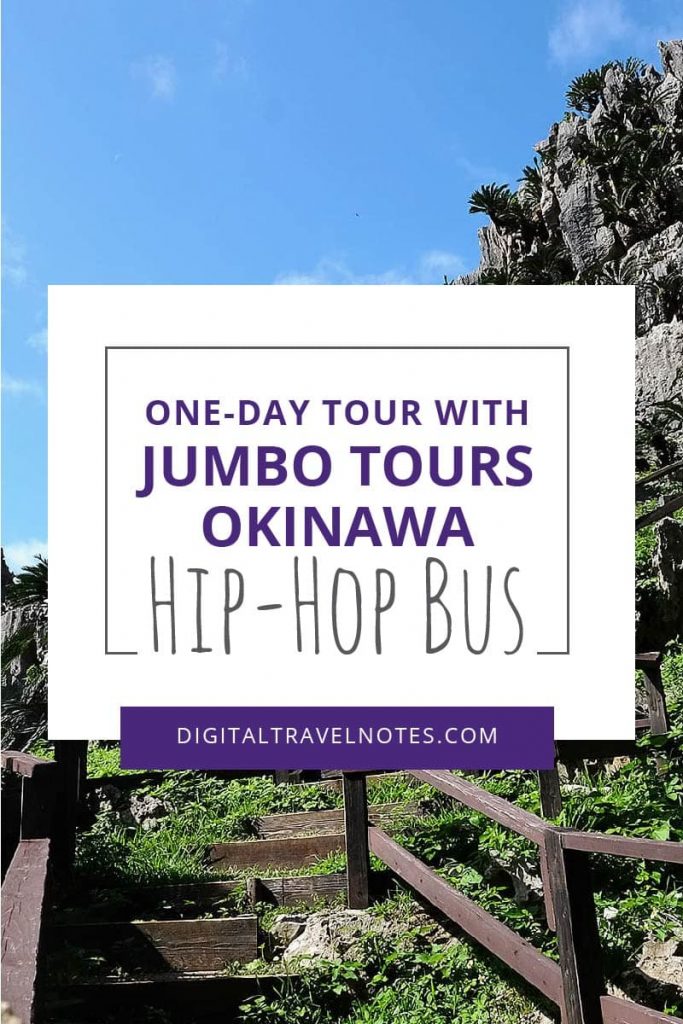 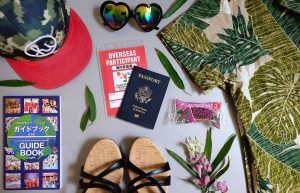